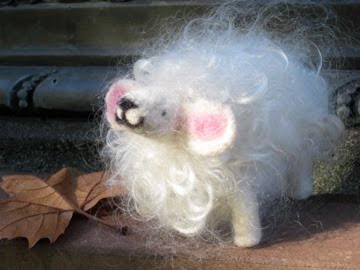 I have been doing all kinds of crafty things the past couple months. I did my first yarn bombing, which you can read about on my knitting group's web site.

Next was a stop at Lambtown in Dixon on the way to Sacramento for the Princess Promenade. I only stayed for an hour, kind of checking things out for next year. I was missing Hardly Strictly Bluegrass here in S.F., so I was thrilled to see a band, "Matt and George and their Pleasant Valley Boys", perform. I grabbed a Miller Lite and sat a spell.

There were a ton of great vendors, both familiar and new. I would like to take a class next year.

I did not visit the alpacas. 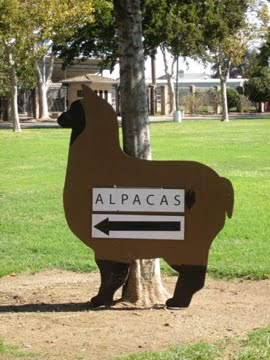 Or participate in any eating contests. 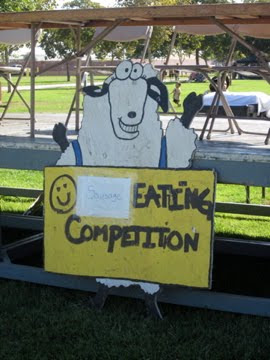 I made some gnomes. One for a Ravelry gnome swap and the other for my knitting group's stash exchange extravaganza. We made non-knitted gifts for each other, but more about that on a later, knitting post. The delightful pattern is from Wee Wonderfuls. It is easy to do, but a little fiddly since you have to keep changing thread to match each piece. 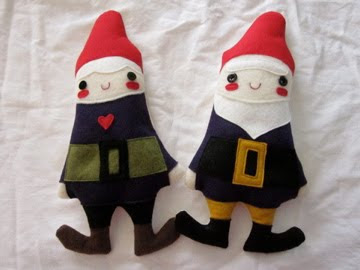 I made mushroom drawstring gift bags and they have both gone to new homes. The boy was named Olaf. 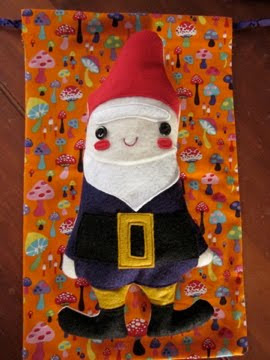 Meanwhile we were working away on a Halloween costume for K. He wanted to be an exact replica of his robot, Lilliput. We starting saving parts in September and waited and waited for the right size cardboard box to show up. Some yellow gaffer's tape and a Sharpie's worth of ink later it was almost ready. K decided it needed red glitter glue, so it was.

He was thrilled with the costume. 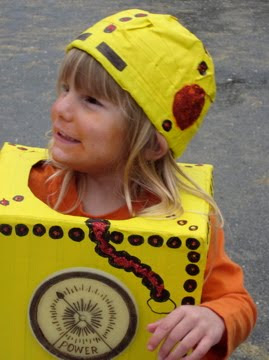 Click on this to see the boy holding the toy. Please note I even replicated the typefaces. 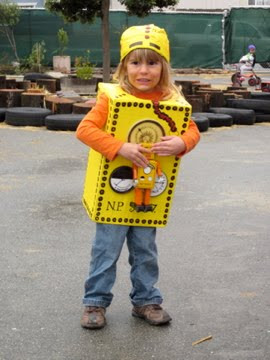 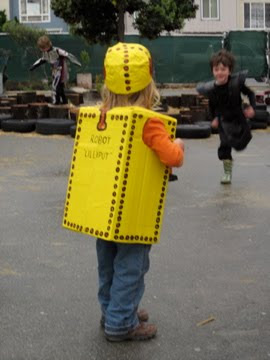 I finally did some needlefelting. I made the sheep at the top of the post, Miss Merlot, out of Babydoll fleece and mohair.

And there has been knitting. That requires another post.
Posted by Janice at 8:01 AM

What a great costume - your little guy is adorable!