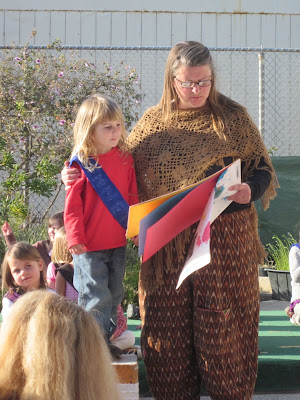 What's been happening around here? My kid graduated from preschool a few weeks ago, that was pretty amazing. The kids put on a musical and their teacher spoke about each kid individually. The words 'action' and 'enthusiasm' described mine. We'll be at the school for another year in the Young 5 program for those kids who are too young or not quite ready for Kindergarten.

***
Did I mention the S.F. Zoo sheep shearing? That was in May, too, and I blogged about it on the Purl Jam site.

***
We are taking a break between school and a couple sessions of summer camp to do things like go to the Academy of Sciences, Fisherman's Wharf, the Zoo, etc. and generally lounge about. We road tripped with my parents to Reno week before last. We played in the snow on the way up and I visited Jimmy Beans Wool, where I purchased yarn. That's right, the yarn buying freeze which lasted eighteen months is over. 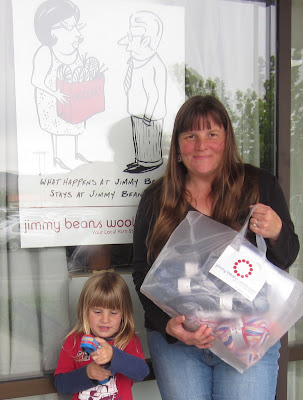 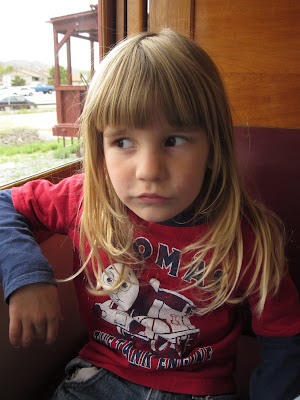 I just started a three-unit textile analysis course that is jammed into seven weeks, eight hours of class a week. Pretty intense, but I want to pursue art classes. The last one I took was when I was pregnant. You never know when we might win the lottery big time and I could go back to school full time for that MFA in Textiles. I would only have about 40 units of undergrad art classes to do first.

We are going to the East Coast in August, and I finally get to meet the rest of my in-laws. I have been studying the Fiber Trail Map of Maine in preparation.

I have been looking for a part-time job for a few months. Just in case that lottery thing doesn't work out. Still working at Urban Fauna Studio a couple days a month.

A short term goal is to get all my raw fiber washed. We are having non-foggy weather so I started yesterday with alpaca, on to the zoo Jacob today. I have hopes of sanding, staining, and sealing my spinning wheel this summer, too.

***
Last weekend I took an all-day Rosemaling class. Even though I've taken two other classes and spent time practicing the strokes over the past couple months, I was really out of my element. An all-day knitting class, even on a new technique feels challenging, but doable. With the painting that little voice that says I can't do this kind of thing kept creeping in. But in the end I was really happy with this piece, I can hardly believe I did it. Mr. TVP said we should hang it on the front door to greet people. 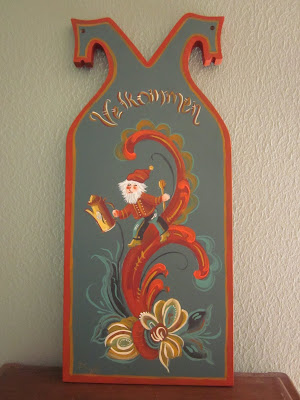 ***
On to the knitting front. I started a sweater for myself. We shall see how that turns out. 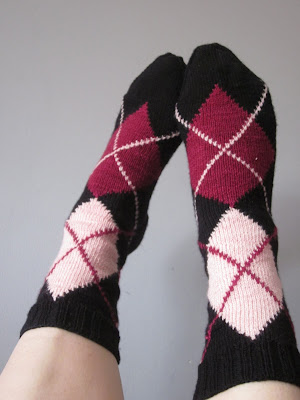 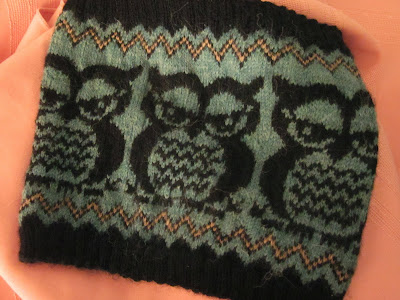 That's the Owlie Owl Cowl in Berroco Ultra Alpaca Fine. For a while there I had these two fiddly projects using black yarn on size 0 needles and nothing else. Very hard on my eyes in the evenings. Plus the cowl was a secret so I couldn't even share my progress, except with one person.

More babies are coming. I wish I had taken a photo of the pink & brown hat a bought to go with these booties. 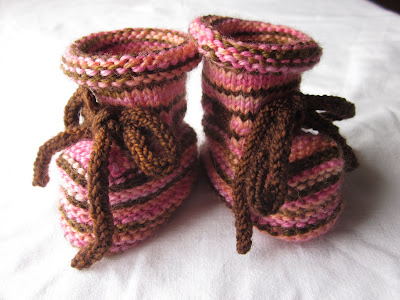 Read about this fun group project over on Purl Jam. I knit a couple squares for this blanket and at least one for the other baby, too. 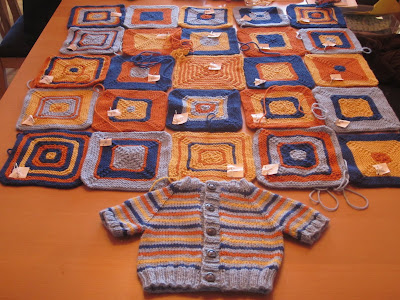 And a pair of socks for each. 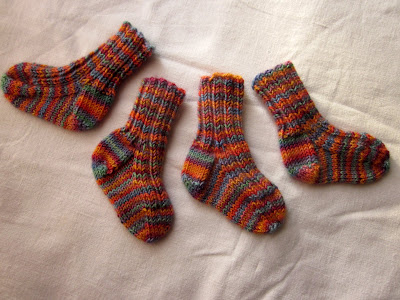 I think knitting will end up taking a back seat to my class for a while. By the time we go on our trip I will be free again. I'm sure I will pack at least four projects, I took three for a three-day trip to Reno.

Right now I have to go play trains.
Posted by Janice at 7:42 AM 1 comment: