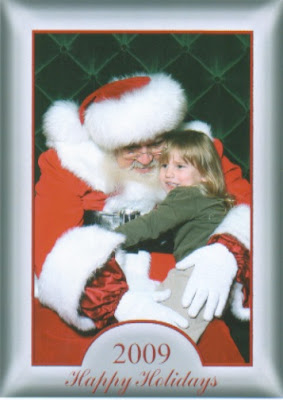 We got our tree last Sunday and K. calls the ornaments "Christmas Angels" for some reason. So sweet. Also sweet was his visit to Santa the other day, pictured above. He wants a "shiny dump truck with a red cab". I asked him if he had seen one like that and he described when and where he saw it. What a memory, it was well over a month ago! He is so into Christmas this year. Both the anticipation of the day but also the idea of giving. A three-year-old can't understand religion too much, but he gets that we celebrate the birth of baby Jesus, a special person who went on to teach people to care about each other, and that's why we give presents.

I last posted at Halloween. Since then I went to Spokane, Washington as a new Daughters of Norway lodge was instituted and my sister is a charter member. I got to march around during the ceremony. I'm really getting the hang of it. The group meets at the Sons of Norway lodge, a large facility filled with neat things. 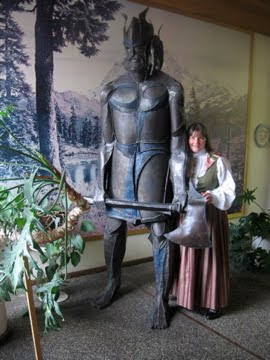 That's the only picture taken on the whole trip. The weekend itself marked a milestone. I got to sleep in a king sized bed with five pillows. Alone. I left my kid overnight for the first time and it was fine.

Next we drove up to Oregon for Thanksgiving. About five miles from home, on the Bay Bridge, we were rear-ended. No injuries, pretty bad damage, the wheel well was smashed in within two inches of not being drivable. The tail lights were still working so we went on the trip. I finally got it into the shop last week and have to use a rental for twelve days. Did I mention that my truck was a victim of hit and run outside our house a while back? It figures, since I am three payments away from owning it.

The trip was really nice. Saw family and took a side trip to the coast. Went up in the Yaquina Head lighthouse. Got to poke my head up into a Fresnel Lens. Ed said Newport reminded him of the East Coast. 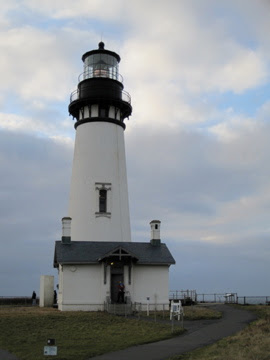 Before we left I knit a pair of socks for a Christmas gift. I started a festive pair for me on our road trip and just finished them yesterday in time for some Christmas events. I've got half a pair of booties done for a baby due December 30th. Three quarters of the Christmas shopping is done, and I'm working on the cards now.

I will post this entry now even though it is unfinished, otherwise it won't get up until the new year. Happy Holidays, everyone!
Posted by Janice at 7:37 PM

That is the most completely adorable picture. What a great Christmas card!